May the fourth be with you


We decided to get my son tickets for the Boston Red Sox at Chicago White Sox on May the Fourth for his Easter gift. It was a special Star Wars night with fans getting an R2-D2 bobblehead toy. The tickets are actually suprisingly inexpensive, as long as you don't mind not sitting right up close. I think our tickets were $7 each. My son is a Red Sox fan, so we don't get much of a chance to go see them, unlike the local teams. The weather was a little on the cool side, but at least it was dry. The entire week before the game was day after day of excessive and flooding rains. The game started off with the White Sox jumping to the early lead, 1-0 in the first inning. There was a bit of a lull until the third inning, where the Red Sox broke out and scored 9 runs, all on 2 outs. That was pretty exciting, regardless of what team you cheer for. The fourth inning was much of the same, with the Red Sox putting up another 5 runs. The Red Sox got anohter in the fifth, and the White Sox didnt score until the very end of the game - a solo homerun. At least we got some fireworks with that. Final score was Red Sox over the White Sox 15-2. Not a bad game at all... 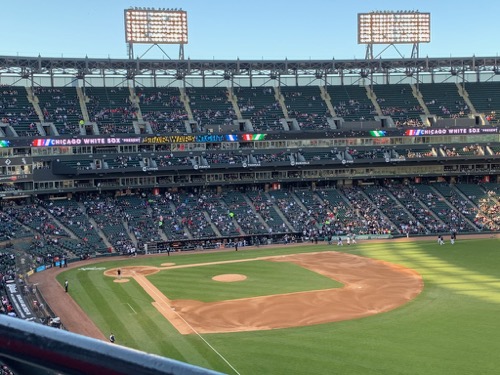 
I have downloaded a Mac app called Brackets. It is an editor for HTML and has a live view feature. It is pretty awsome. To learn more about Brackets, go to brackets.io. It took a little work to figure out how to open my site in Brackets, but once I figured it out, working with the code is much easier. I have dual screens, so I can place the live preview on one screen and the editor on the other. If you have not yet found a preferred way to create HTML and sites, I think you should check it out. 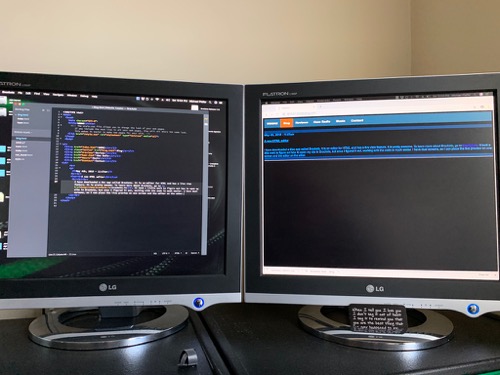